The project is located at the southern tip of the Western Malaysian Peninsula.

The 1,000 MW unit is an extension of the existing Tanjung Bin Power Plant (TBPP) in Malakoff, which has a generation capacity of 2,100 MW.

Construction of the new Tanjung Bin Coal Unloading Jetty (NCUJ), part of the power plant, began in 2017. NCUJ celebrated one million hours of safe work without wasted time in February 2019.

The Malakoff power station covers 65 ha of land adjacent to the TBPP. Coal handling facilities, electricity disposal, seawater intake and other access facilities are shared by the two factories.

Construction of the plant began with the first concrete pouring ceremony in August 2012. The project employed more than 5,200 people during construction.

The supercritical plant was integrated into the existing plant without interrupting its operations.

It was synchronized with the national grid in October 2015 and completed all the tests required for safe and reliable power generation, before being put into service in March 2016.

The electricity produced by the plant is sold to Tenaga Nasional Berhad (TNB) under a 25-year Power Purchase Agreement (PPA).

Details of the TBE power plant

“The supercritical plant was integrated into the existing plant without interrupting its operations. “

The thermal project was financed by Tanjung Bin Energy Issuer, a wholly-owned subsidiary of Malakoff, with Islamic bonds of $ 838 million and term loans worth approximately $ 578 million, in addition of funds generated internally.

RHB Bank and RHB Investment Bank provided financing of RM1.38 billion ($ 459 million) to support the development, construction and operation of the plant.

The project’s high reliability and creditworthiness earned it a preliminary AA3 rating from the Malaysian Rating Agency (RAM).

The TBE power plant is the first Malaysian power project to receive transaction support from international banks such as HSBC. It is also the first independent power plant (IPP) in Malaysia to obtain dual currency financing and adopt the equity bridge loan structure.

Entrepreneurs involved in the development of the TBE power plant

The Malakoff plant was built by a consortium led by Alstom Power (now GE Power). The other consortium partners are Mudajaya and Shin Eversendai. Consortium partners signed a $ 1.13 billion contract with Tanjung Bin Energy Issuer Bhd for the construction and commissioning of the coal-fired power plant.

According to the contract, Alstom supplied all key power generation equipment and also took over the overall engineering, project management and commissioning of the plant.

Shin Eversendai managed the erection works of the structure and the mechanical equipment used in the project.

Fichtner participated in the Engineering, Procurement and Construction (EPC) contract award and bidding process, as well as the design evaluation of the EPC contractor. The company also provided on-site supervision of the construction and commissioning of the project.

Poratha took care of the fabrication, assembly and installation of the pressure-free parts, while Halfen-Moment supplied the bar handle, lance line and wedge locking couplers.

The Coyote plant is an economical energy source for 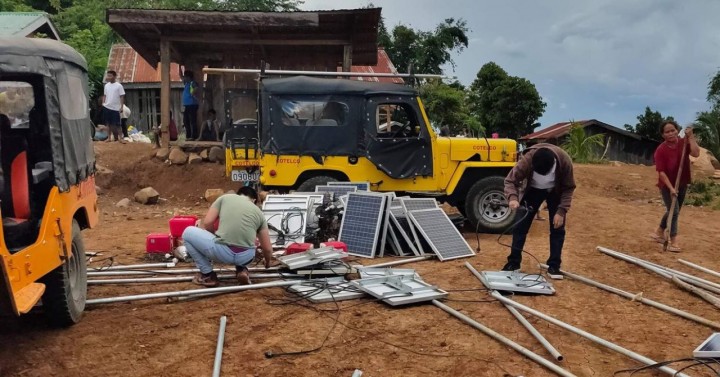