Yohanis Bimrew, 21, is a freshman at Addis Ababa University. It invests in innovations in the renewable energy, agriculture and aviation sectors. It recently launched its innovative technology product focused on sustainable energy production, Hulubeje Sustainable Energy.

Yohanis innovation was among the 20 winners of the Youth Future Hope job creation competition organized by the Ethiopian Job Creation Commission and the Master Card Foundation for the year 2020/21. Hulubeje got 200,000 Birr from the competition to promote the new technology and support the technology for further development, as the innovation is in its initial stage of production.

During his short stay with The Ethiopian Herald Yohanis said that growing up in a rural part of Ethiopia, he was well aware of the difficulty in accessing energy. From an early age, he turned to technology. “When I was 12, I was going to the nearest town to go to seventh grade. There I started fixing the radio and other simple electronic devices,” Yohanis said.

After moving to Addis Ababa to attend high school, he had the opportunity to develop his interest in innovation. In this regard, since his older brother has a computer maintenance workshop, he has become familiar with technologies alongside his schooling, he said. Three years ago he started investing in innovative creations and then his first product, Hulubeje Sustainable Energy, started.

Hulubeje Sustainable Energies technology is a renewable energy technology product to produce electric energy from hydropower. According to him, the product is easily moved from one place to another and is suitable for using the product in remote areas.

The technology, Hulubeje Sustainable Energies, produces electric power without wasting the natural flow of rivers and it can easily generate power from small rivers, natural fountains or by turning river water through pumps to hit the turbine and the technology easily produces power.

On the other hand, the technology can produce 10 KW of electrical energy and the technology is very useful in areas without access to energy. The installed energy product is a power generation technology that is easy to set up on rivers and streams around rural villages to produce power for lighting, cooking and other small electronic activities that require small energies.

For Yohanis, Hulubeje aims to reach the remote villages which had no access to energy until now and it is a suitable product to supply energy to the scattered villages using the small rivers located near the villages. . He added that the technology produced can produce power of 220 volts and that this capacity can provide energy for light and cooking. In addition, he said, the energy output of the product can displace water pumps and other small electronic devices for different purposes.

After producing Hulubeje in Addis Ababa, the product was transported to Gojam for pilot testing. “Product, location, promotion and price are the four elements required for the initial testing of a new product,” he said. Yohans added that for pilot testing he moved the product to an area where electrical access is not available.

For the first test, the Hulubeje product was transported to his birthplace called Zelalem Desta, a rural kebele from Enese Woreda in Amhara State. According to him, the first tests are crucial for the further development of the next stages of the product.

According to him, since more than 30% of Ethiopia’s population resides around rivers, whether large or small, innovations like Hulubeje can easily use these rivers to generate electricity for scattered villages. For him, a Hulubeje product can provide access to electricity to up to 100 homes.

The youngster said that after starting his innovative activities, he took training which helped him to live his dream. Above all, the month-long training and financial support during the Youth Future Hope Job Creation competition allowed him to speed up the manufacturing of his product, Hulubeje.

For Yohanis, energy is one of the basic needs of the next generation and investing in energy today is not a matter of choice for countries. Therefore, expanding and developing energy sources is a timely action to reach people still forced to live nights in rural Ethiopia.

“I want to see my innovation solve people’s problems and I hope to achieve it soon,” added Yohanissaid, adding that “my next plan is to realize this dream of solving the electricity problem of the rural community by making Hulubeje operational. “. maximum effort to make innovation a reality, but since innovations need strong supports, additional supports are needed.

He further stated that Hulubeje Renewable Energies is not limited to generating electricity from water. Hulubeje’s next plan is to innovate new, simple local technologies to generate electricity from wind and solar power. By stepping up these efforts to invest in new, innovative local technologies, he plans to tackle the darkness in rural Ethiopia.

These innovative initiatives and others like them can help Ethiopia’s efforts to expand access to off-grid energy as the country strives to achieve universal energy access by 2025 with its recently launched national universal electrification program. In this regard, Ethiopia invests in hydropower, solar, geothermal and wind developments at the state level and invites and promotes the private sector in power generation.

The innovative efforts of professionals and private sector actors are useful in facilitating the country’s goal of universal energy access, including the country’s 35% off-grid energy development plan.

Get the latest African news straight to your inbox

We need to confirm your email address.

To complete the process, please follow the instructions in the email we just sent you.


There was a problem processing your submission. Please try again later.

Yohanis’ innovation, which uses simple and easy technology to generate electricity from water, is unique in this regard as it is easily transportable and uses small rivers in rural areas. As for him, following the first test, by identifying the results and new discoveries by the first operation test, he aims to develop the production of the new product to reach more areas inaccessible to energy in the rural part of the country. In addition to its modern technological system, respectful of the environment and which maintains the natural cleanliness of rivers and waters, its innovation aims to offer the community affordable prices. He said he would announce the next phase soon after the first tests.

Although Ethiopia is investing its maximum capacity to reach its population in order to have affordable and renewable access to renewable energy, more than 60 percent of the Ethiopian population is still waiting for access to electricity. Local innovation and private sector investments in the energy sector are very important steps to expand and facilitate access to energy for the population of the country which has continued to live in obscurity.

Although around 45 percent of the Ethiopian population has access to energy, around 90 percent of the Ethiopian population still uses fuelwood, charcoal and other non-renewable sources for cooking. This indicates that in addition to the government’s efforts to develop the energy sector, it needs additional interventions and investments from the private sector and that the innovative implications of generations of young people may require further attention. for the development of the sector. 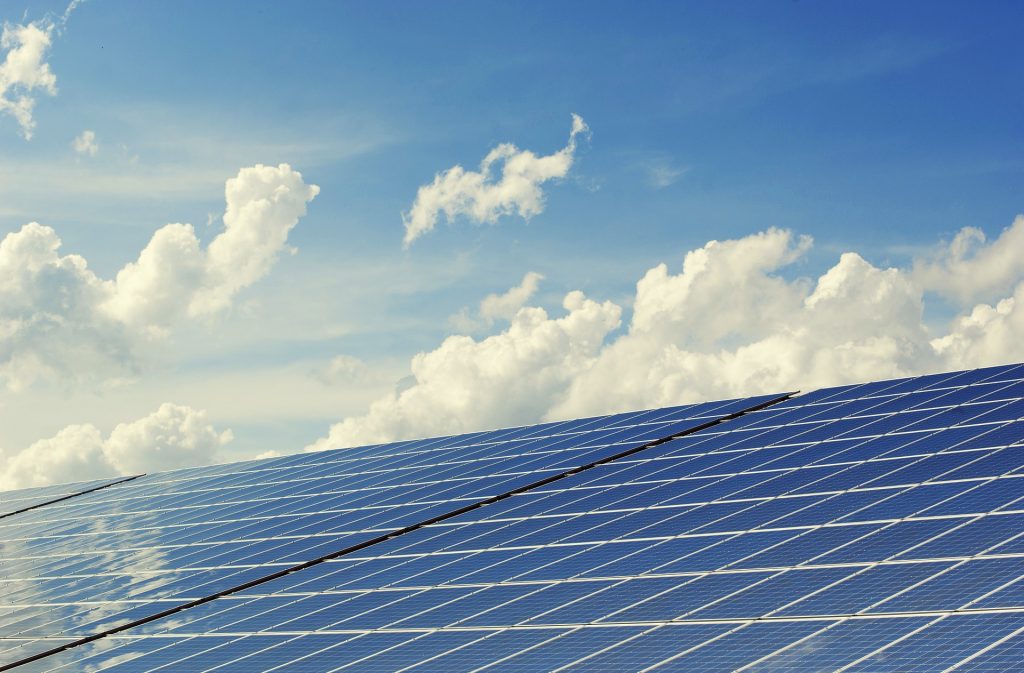